The New Jim Crow: Mass Incarceration in the Age of Colorblindness

Recommendation: The New Jim Crow: Mass Incarceration in the Age of Colorblindness (Michelle Alexander) and “The House I Live In” (Eugene Jarecki)

In the fall of 2015 I began teaching English 001 at Lehigh University, and I recall one particular class where my (mostly white and male) students argued that racism didn’t exist anymore; racism was an individual problem, confined to older people and the South.

After a day of unproductive dialogue I vented to my husband, who recommended we read excerpts from Michelle Alexander’s The New Jim Crow. Every year since I have used Alexander’s text, and every year students are persuaded by her arguments to acknowledge that systemic racism exists and continues to harm black people in the United States.

Alexander is keenly aware her argument, that American mass incarceration policies have recreated the Jim Crow racial caste system, is not one most people want to hear. She uses statistics to devasting rhetorical effect and makes the complexities of the American legal system (and all its racism) accessible to a wide audience.

It was not surprising to discover after reading The New Jim Crow that Alexander is featured in another text I often teach at Lehigh: the documentary “The House I Live In.” Director Eugene Jarecki explores the war on drugs and shows how American political, economic, and social institutions work together to criminalize and destroy black communities. Using personal stories to explain systemic injustice, the film is accessible to a wide audience and a good starting point for people who want to begin having a conversation about systemic racism. 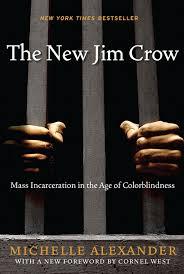 Our Nig or Sketches from the Life of a Free Black

Summary and Analysis by Joanna Grim

Despite being lost for over 100 years,* Our Nig’s narrative force testifies to the deep roots of the Black Lives Matter movement. Our Nig tells the story of Frado, the daughter of a white mother and Black father. After her father’s death, Frado’s mother abandons her to indentured servitude. Frado endures extreme physical and psychological abuse at the hands of her white mistress, Mrs. Bellmont, until she is released at the age of 18. Permanently disabled by Mrs. Bellmont’s abuse, Frado struggles to gain financial independence and to build a life for herself and her son. Wilson’s novel condemns the brutal racial and economic inequality that free Black women like herself faced in the Antebellum north. Our Nig also exposes the hypocritical racism of the abolition movement, as Frado’s abuse and oppression occurs in Milford, New Hampshire, an abolitionist center.

Our Nig’s representation of a young Black woman’s fight for self-determination in the face of both systemic racism and the “help” of white women with connections to abolitionism remains pertinent. Wilson’s novel confronts today’s readers with the active role of even well-meaning white women in Black women’s oppression. As Wilson’s title alone argues, white northern women, the Karens and Beckys of today, can no longer hide behind the myth that they or the north are free from racism.

Wilson’s Our Nig provides historical context for the debate about the role of white people in the ongoing struggle for racial justice in America. Her novel also foreshadows many of the issues that the Black Lives Matter movement currently highlights, including the relationship between systemic and interpersonal racism, the link between economic and racial oppression, and the intersectional nature of Black women’s oppression.

Harriet E. Wilson’s Our Nig or Sketches from the life of a Free Black: https://archive.org/details/ournigorsketches00wils

* Henry Louis Gates Jr. rediscovered and republished Our Nig in 1983. 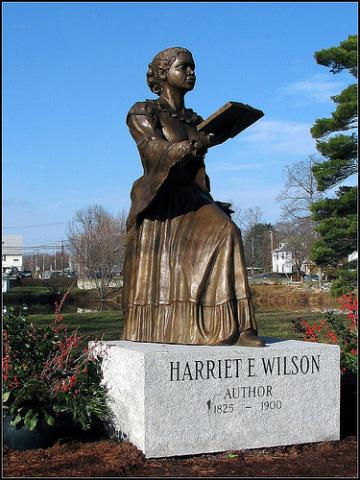 "Award-winning poet Danez Smith is a groundbreaking force, celebrated for deft lyrics, urgent subjects, and performative power. Don't Call Us Dead opens with a heartrending sequence that imagines an afterlife for black men shot by police, a place where suspicion, violence, and grief are forgotten and replaced with the safety, love, and longevity they deserved here on earth. Smith turns then to desire, mortality—the dangers experienced in skin and body and blood—and a diagnosis of HIV positive. "Some of us are killed / in pieces," Smith writes, "some of us all at once." Don't Call Us Dead is an astonishing and ambitious collection, one that confronts, praises, and rebukes America—"Dear White America"—where every day is too often a funeral and not often enough a miracle." 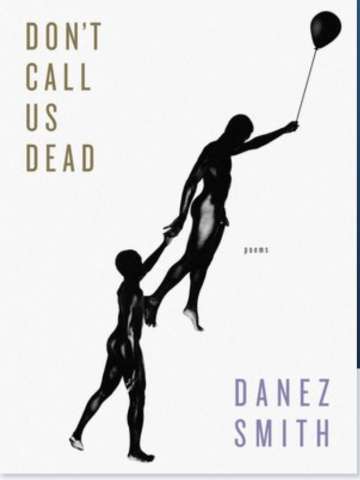